The EAAA program is a 12 hour, small-group, educational program designed to help college women resist acquaintance sexual assault. Rigorous program evaluation has demonstrated that the program reduces the risk of victimization for at least two years. 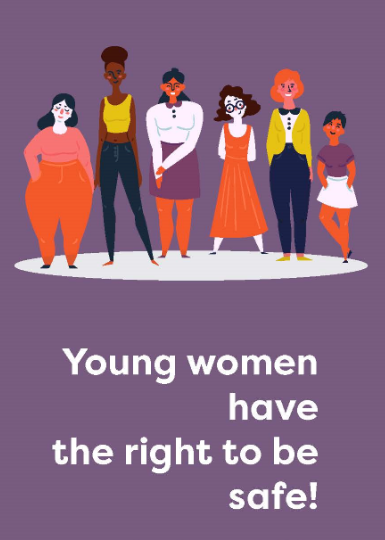 The EAAA program aims to

Materials needed to implement the EAAA program include: an EAAA Program Kit (provided with Campus Trainer workshop), a computer and projector, 2 presentation easels, 2 strike pads, and several print-outs. Visit this page for more details about the implementation logistics.

Undergraduate students of all sexual identities who identify as women. Ages 17 - 24.

The EAAA program is based on feminist and social psychological theory, most notably Nurius and Norris’s (1996) cognitive ecological model of women’s responses to sexual coercion as well as reviews of research evidence (i.e., by Rozee and Koss (2011) and Ullman (1997) on the most effective strategies for resisting sexual assault).The fourth unit dealing with positive sexuality is adapted from the Our Whole Lives Sexuality (OWLS) education curricula (Kimball, 2000).

The researchers at the University of Windsor conducted a rigorous evaluation of the program using a randomized-control design. The study demonstrated the 1-year risk of rape and other forms of sexual assault was significantly lower among those who completed EAAA, also called the Flip the Script with EAAATM program (Senn et al., 2015). Further research has determined that these effects last for up to 2 years (Senn et al., 2017). In addition, the program reduced women-blaming as well as self-blame in women who took the program and were subsequently sexually assaulted (Senn et al., 2017; in press). The CDC (Basile et al., 2016) has included EAAA as one of the very few programs (of any type) available with demonstrated effectiveness for sexual assault prevention

This program has demonstrated efficacy in reducing the incidence of rape, attempted rape, and other forms of sexual violence, which no other programs on this website have accomplished. This type of evidence could make it easier to get buy-in and funding to implement the program. Because the program is only for students who identify as women, most campuses, it is best conceptualized as one part of a comprehensive prevention strategy. Most campuses implement it as supplementary to required programming for incoming students. Keep in mind that there may be resistance from stakeholders to bringing in a program that emphasizes self-defense as a risk-reduction tactic, since some feel it has in the past contributed to a culture of victim-blaming.

The SARE Centre offers a 6-day EAAA Train the Trainer workshop. The cost is $3,300 CAD + HST. Visit the website or contact SARE Centre for more information.