Sex Signals incorporates scripted dialogue, audience-driven improvised scenes, and a focused, presenter-led discussion designed to analyze and interrogate the components of a rape-supportive culture. The program also utilizes humor as a strategic teaching device, engaging audiences and framing the issue in ways that reduce resistance to the content, and build comprehension. 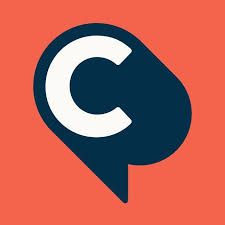 Note: While Sex Signals can be adapted for a range of audiences, there are currently two distinctively different programs, one for military audiences and one for civilians. The following description is of the updated program for civilian audiences, redesigned as of Fall 2016.

Delivered by two well-trained presenters, the program begins by examining the messages audiences have received about sexual health and intimate relationships in general. This provides a baseline that enables the audience to agree on what the components of a healthy, respectful relationship are. This component is intentionally inclusive of a range of gender identity and orientation.

The program then explores the ways in which our culture justifies unhealthy sexual behavior, engaging audiences in a critical analysis of how entitlement and privilege enable individuals to perpetrate sexually violent acts, and explicitly situates consent as the necessary, principled component of any relationship. It also addresses the difference between risk reduction and its emphasis on the victim’s “responsibility” for protecting themselves, and the critical role a community can and must play in reducing the risks for the vulnerable among them.

Last, the final program component is structured like a talk show, where the presenters play an interviewer and a college student defending his buddy from a recent accusation of rape. The college student tells the narrative from his perspective, and describes his role as his buddy’s “wingman,” targeting first-year girls to attend his buddy’s parties; ensuring the girls came alone; furthering the girls’ intoxication; and, enabling his buddy to isolate the girls in order for him to “get laid.” This scene challenges audiences to take the view of the bystander not only to evaluate that role as a contributor to sexual violence, but also to emphasize their role as upstanders and interveners. This scene then leads to a focused discussion on the role of intervention, and enables audiences to identify intervention strategies that build on the earlier programmatic components.

Two actors (one male, one female) will travel to campus to perform the show. Administrators must provide two sturdy armless chairs, two cordless lapel microphones and printed materials for the audience. The actors prefer to perform on a stage but may be able to adjust to a different setting (however, they do not perform in gymnasiums or atriums). Catharsis prefers audiences be between 50-200 people, but can accommodate groups of up to 400.

Sex Signals is based on David Lisak's research on non-stranger rapists - sometimes referred to as acquaintance rape. Contrary to what many believe, rape is usually committed by someone who knows the victim, and the average length of time the perpetrator has known the victim is one year. Even when a rapist does not know the victim, or has not known the victim for long, it is often the case that the perpetrator is within the victim's circle of friends, often only one or two degrees removed from the victim. The program focuses on consent, emphasizing that it is the responsibility of those who initiate any sexual act to clearly gain consent from the other party. The program also incorporates Dr. Alan Berkowitz's research on pro-social bystander intervention.

One peer-reviewed study reported that those who viewed Sex Signals were less likely to report having experienced sexual victimization than those in a control group who did not view the program (Rothman & Silverman, 2007). To our knowledge, this is the only peer-reviewed research study of Sex Signals. Catharsis conducts internal studies of Sex Signals. One of those studies also indicated a reduction in the reported prevalence of sexual victimization for those who viewed Sex Signals.

Since 2000, Sex Signals has been performed at over 900 colleges and military installations, including:

Pricing varies based on location, time of year, and number of programs needed. Grants are available via the NCAA Speaker's Grant Program, and Catharsis Productions offers scholarships for schools with very small budgets. More information available on the program’s website.